This was a collection of kids illustrations and prints created last year. I struggled a little with the colour palette and deciding whether to work in Illustrator or Photoshop. Having worked on it on and off for several months I am finally happy to reveal it here. 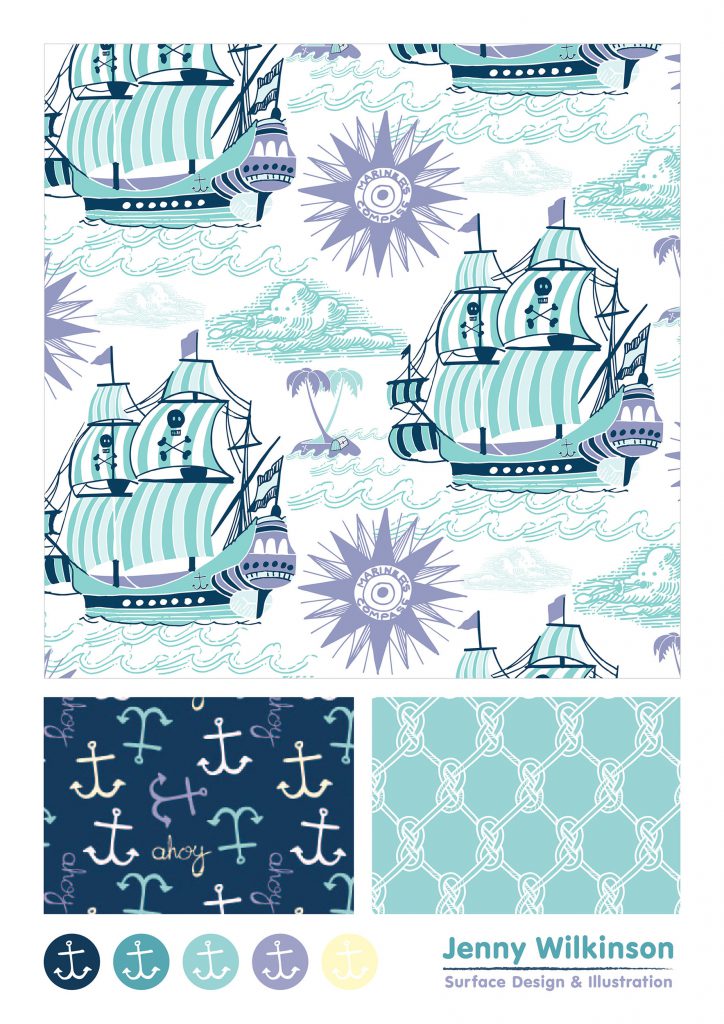 A collection of pirate and nautical themed patterns

In the end I went with a simpler turquoise, purple and dark blue palette. I also pushed through with illustrator to create the patterns and artwork, preferring the flat colours for these compositions. 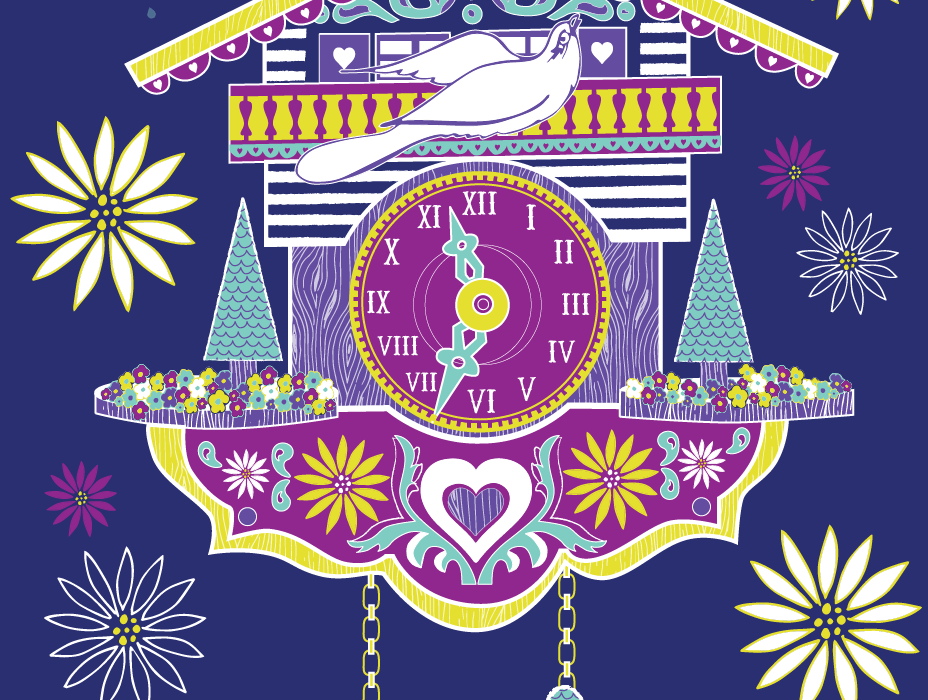 C is for Cuckoo Clock. This was the first month of Lilla Rogers Mats Bootcamp online course. The brief was to create a mobile phone cover featuring a cuckoo clock design. We started off with a  mini assignment drawing all sorts of cuckoo clocks and decorative doodles.

This was then scanned into the computer and translated into digital illustrations.

(above: some of my digital scribbling in progress)

I’ve been enjoying making lots of prints and patterns to match the main cuckoo clock illustration.

After completing the mobile phone cover I couldn’t resist having a play with the patterns and repeats that were naturally appearing out of the cuckoo clock illustration; the borders and scallop designs and the Eidelweiss icons (Lilla loves a good icon!).Below are two bolt fabric designs and co-ordinating repeats using the cuckoo clock as the main starting point

A new illustration created for Illustration Friday this week – O is for Ocean, or should that be W is for Whale? 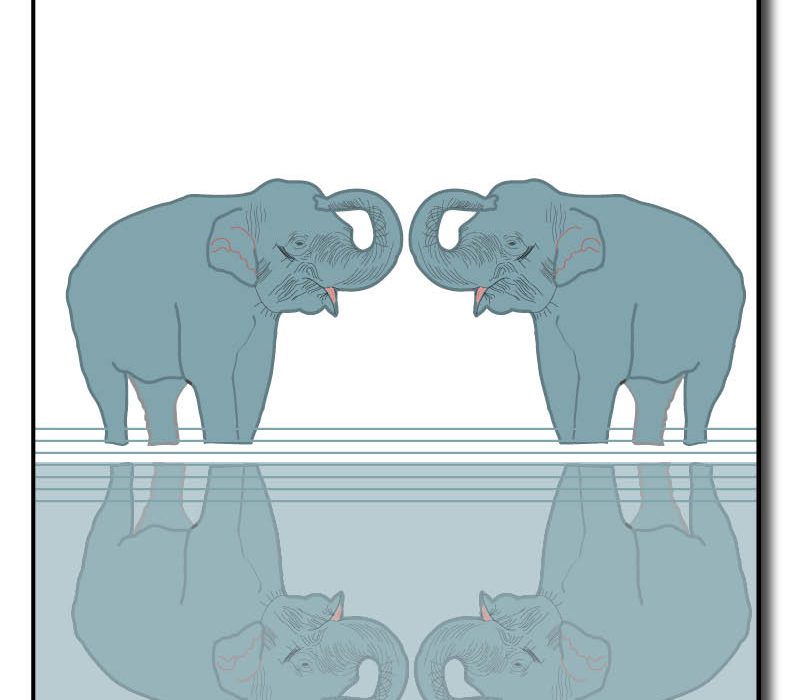 E is for Elephant. This multiple Elephant doodle was created on my new ipad app ‘Adobe Ideas’ a belated birthday present to myself. I was so excited to be able to doodle on my ipad and the great thing is you can then open & adjust it in Illustrator CS6.

I am quite pleased with how it came out and will continue to experimenting with my ipad doodles.